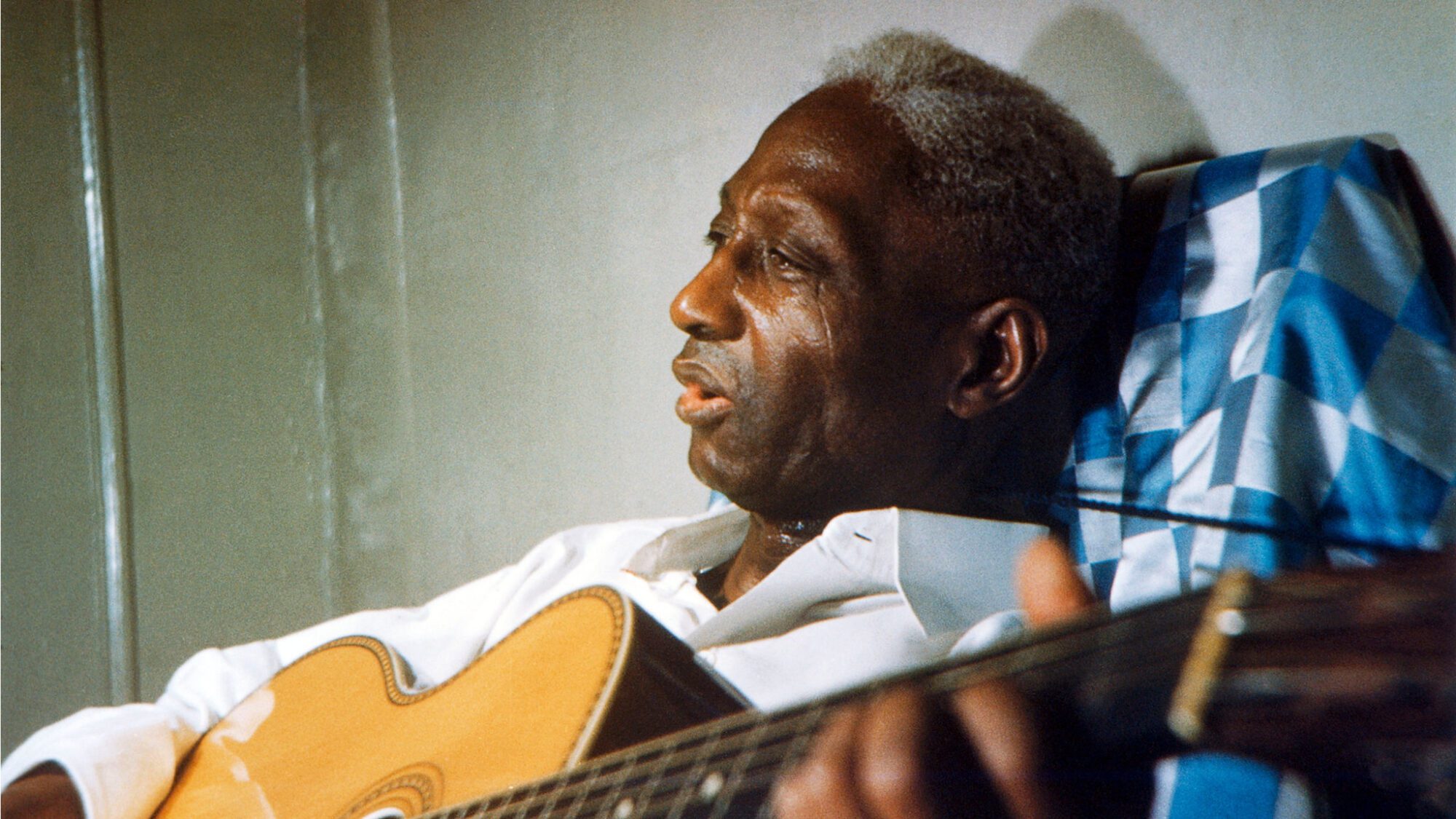 Who was Lead Belly?

Lead Belly is one of the most important artists of the last century, yet we don’t even know his birth date. In fact, much of his legend is shrouded in mystery. His influence on American culture, however, is undeniable.

Sources have Huddie (pronounced Hew-dee) Ledbetter born in January of 1885, 1888, or 1889 on the 20th, 21st, or 23rd days of the month in either East Texas or Louisiana. The nickname “Lead Belly” originates from either his reputation for brute strength, capacity for holding his liquor, or for his ability to bounce back from wounds sustained during knife fights. One thing for certain is that he had a propensity for music at a very young age, picking out melodies on a concertina given to him by an uncle when Huddie was a toddler. Music quickly became a way out for him. It was a means to an end.

Growing up poor on a farm in Louisiana, little Huddie was expected to help the family work the fields as soon as he was physically able. By his teenage years he left home to travel the region busking and making up songs for tips. By now Lead Belly had switched to 12-string guitar (his described himself as a “musicianer,” meaning that he would play any song in any style. Whatever the customer wanted.

Lead Belly’s “customers” were far-ranging. At first he performed on the street, then for better-paying jobs in bordellos in cities like Dallas. There was often liquor involved in any transaction, and with liquor, Lead Belly had a reputation for becoming violent. The end of the first World War saw him serving his first extended sentence in a penitentiary, at an all-black Texas prison called “Harlem”.

According to Alan Lomax, who, with his father John Lomax, later recorded Lead Belly for the US Library of Congress, Lead Belly would “sing his way to more compassionate treatment” in prison. While other prisoners were breaking rocks, Lead Belly would serenade the boss men. In 1925, Lead Belly wrote a song, and finagled a way to perform it, for Governor Neff of the State of Texas. “If I had you, Governor, like you have me / I’d open the doors and set you free.”

Lead Belly was let out of Texas penitentiary shortly thereafter in 1925. More than that, he was pardoned. The song’s title? Governor Pat Neff.

It wasn’t the first time Lead Belly sang himself out of prison. Music was a means to an end. It opened doors throughout his life, ultimately leading him to working with the Lomax’s, who helped introduce him to the nation via the Library of Congress throughout the 1930s (after another stint in a penitentiary, this time in Louisiana). As a condition of his release Lead Belly needed to maintain steady employment, so the Loamx’s hired him as their “chauffeur”. But  Lead Belly’s actual mission was so much more important than that. He performed at Harvard University, rubbed shoulders with and participated in the cultural front of New York City in the late 30s (alongside Pete Seeger and Woody Guthrie), and made films and children’s recordings in the 40s. In doing so, he helped create a solid foundation for the subsequent variances of folk revivals throughout the 20th and 21st centuries.

Lonnie Donegan incited the “Skiffle craze” in Britain in the 1950s with his recording of Lead Belly’s “Rock Island Line” No skiffle, no The Beatles. Bob Dylan referenced Lead Belly in one of two original songs he recorded on his debut LP. Nirvana’s Kurt Cobain tried (unsuccessfully) to get his label president David Geffen to buy  Lead Belly’s Stella 12-string guitar (now in the Rock and Roll Hall of Fame). Nirvana introduced a whole new generation to Lead Belly’s music when they performed “Where Did You Sleep Last Night” (aka “In the Pines”) on their Unplugged record in 1994.

The United States Postal Service put Lead Belly’s likeness on a stamp in the 1990s. 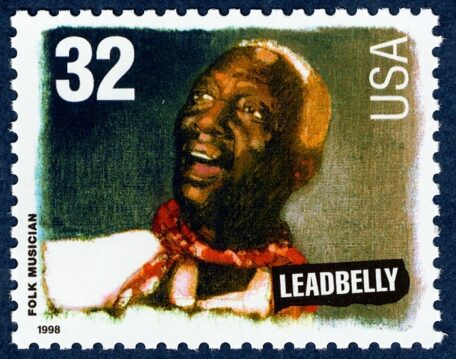 Not bad for a poor, black sharecropper- turned “musicianer” whose birth date we can’t even pin down.