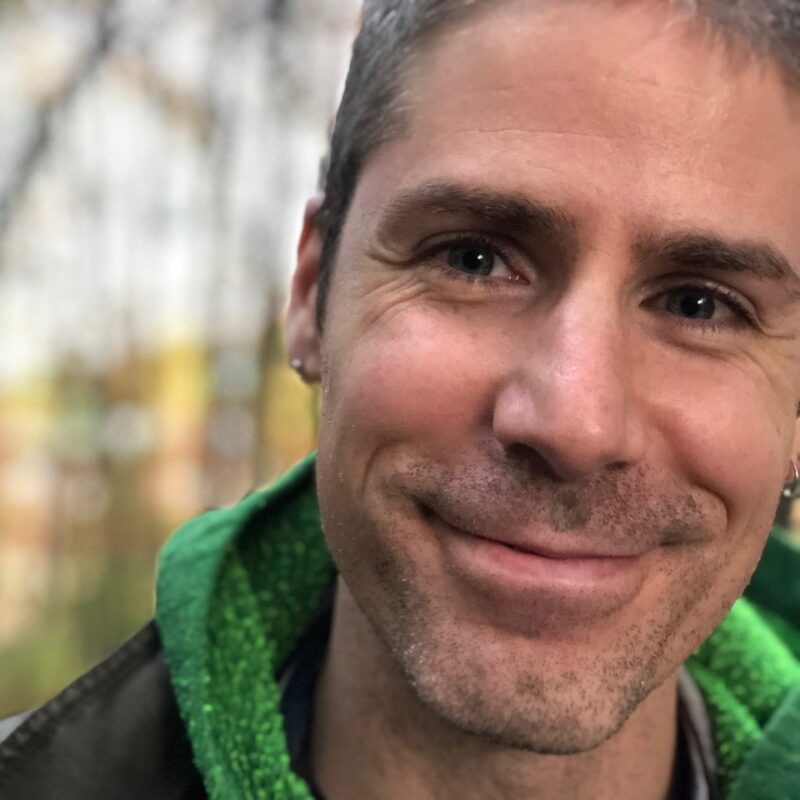 Brendan Hogan has been a part of Boston radio since 1999. While a writing student at Emerson College he produced and hosted a nightly program called Bluesology, and from 2002 to 2009 he helmed the popular Blues on WGBH.

In Fall 2011, WUMB invited Brendan to develop a new Saturday night music program and Dark Was The Night was born; focusing on blues, roots music, and songwriters. He has has been on-air with the radio station since.

The spring of 2012 saw Brendan also hosting the 7 to 10 slot on weeknights at WUMB. In July 2015 he became the host of The Morning Show, airing Monday through Friday from 6 to 10am (and live at wumb.org). In 2018, Brendan was asked to create, produce, program, and host a new blues music camp for adults to join the existing roster of annual WUMB Acoustic Music Camps. In 2021 he began producing and hosting a series of quarterly seminars for WUMB, exploring aspects of American music history and culture in the 20th century.

As a singer-songwriter Brendan has released two albums, Long Night Coming and SilverQuick. He is currently earning a masters degree in American Studies at UMass Boston. You can learn more about Brendan at brendanhogan.net.