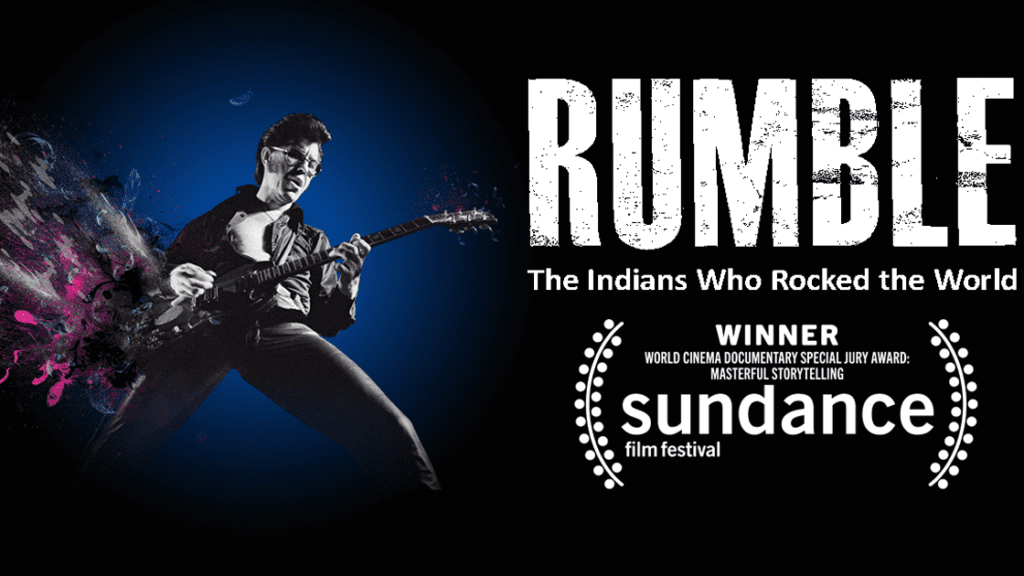 Rumble: The Indians Who Rocked the World

I love having my mind opened. Over the holiday weekend I discovered a film on one of the “streaming services” called Rumble: The Indians Who Rocked the World. It was released in 2017, so perhaps I’m a bit late to the game. The focus of the film is to reveal the indigenous roots of North American music of the 2oth century, from Charley Patton to Mildred Bailey, Link Wray, Buffy Sainte-Marie, Jimi Hendrix, Jesse Ed Davis and Robbie Robertson. The stories in the film are fascinating and add to the weave of histories and complexities that make 20th century North American music so wonderful. Have you seen it?

Watch this incredible demonstration of the Indiian root of Charley Patton’s Delta blues.