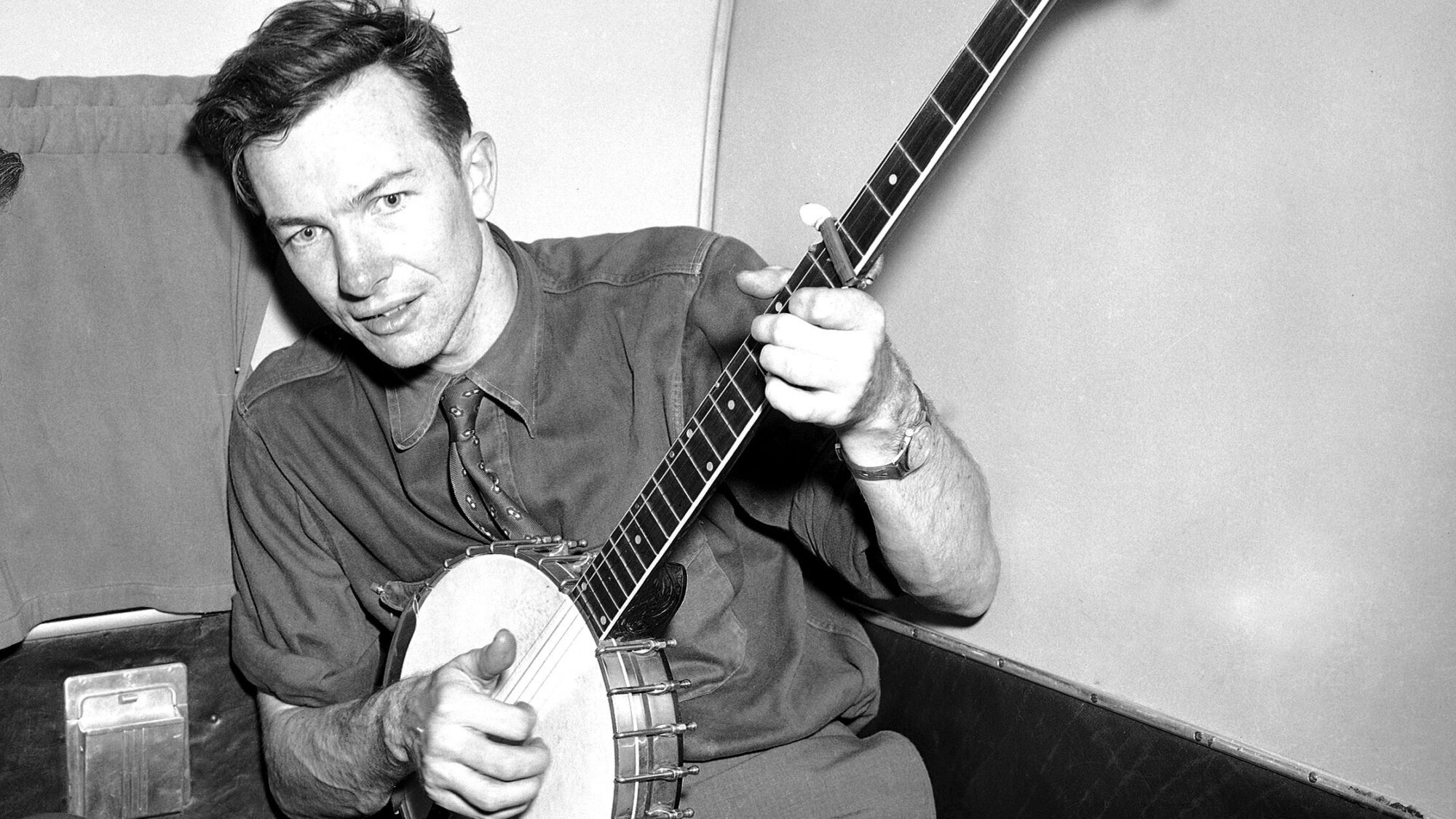 Pete Seeger, who helped shape modern American folk music throughout the twentieth century, was born on May 3rd, 1919 in New York City and lived to the age of 94. 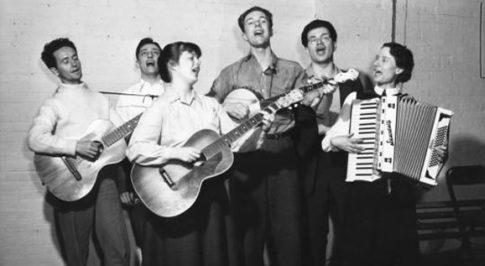 In the course of his life as a musician, educator, activist, and artist collaborator, Seeger wrote some of the most-enduring songs of peace in the last 100 years, including “If I Had a Hammer”, “Turn, Turn, Turn”, and “Where Have All the Flowers Gone”. He was a friend to Woody Guthrie and Lead Belly (from whom Seeger picked up the 12-string guitar) and co-formed the Almanac Singers in the 1940s. With the Almanacs, and as a member of The Weavers in the late 40s and early 50s, Seeger helped to popularize among the mid-century American public songs of peace, isolationism (in the years leading to the Second World War), unionism and leftist politics. It was this left-leaning message in Seeger’s music that led to him being called to testify before the United States Congress’ House Un-American Activities Committee during McCarthyism and the second “Red Scare” on the twentieth century. Seeger was accused of ties to the Communist Party. Under threat of prison time, he refused to testify – not by invoking the Fifth Amendment, but the First. In Seeger’s words:

“The Fifth (Amendment), in a sense, is ‘You have no right to ask me this question [ie, ‘are you, or have you ever been, a member of the Communist Party’].’ The First is, ‘Nobody has the right to ask anybody these questions.'”

(Seeger was charged with contempt of Congress and sentenced to a year in prison. The charges were later dropped on appeal, but he was blacklisted from working as a performer in the US for several years following.)

Pete Seeger was forever shifting the focus from “me” to “we”. He did so via the power of his convictions and through his mission to share that with anyone who would listen to his songs, whether they agreed with him or not.