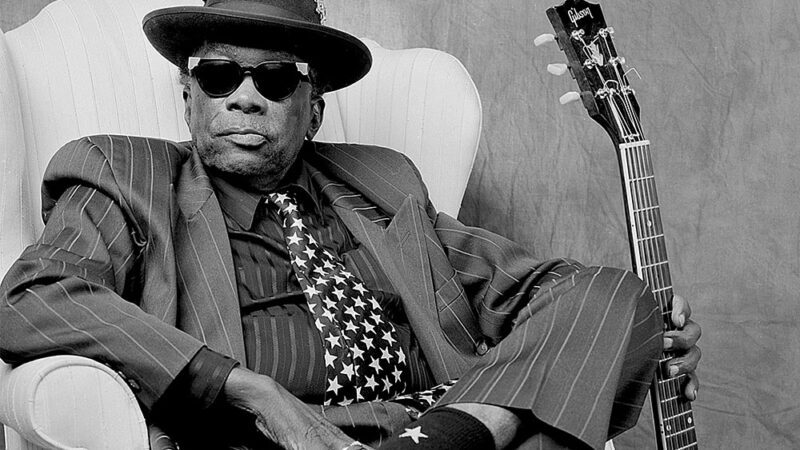 John Lee Hooker was born August 22, 1917 in Tutwiler, Mississippi. Over a 6+ decade career, Hooker’s music helped shape American culture with a sound that continues to resonate today. Any band or artist that tries to play a boogie groove on the guitar is influenced by John Lee Hooker.

Hooker first ran away from home to Memphis at the age of 14. By the late 1930s he wound up in Detroit working as a janitor in one of the city’s steel mills. By night he cut his musical chops by playing “house rent” parties, and in the clubs along Hastings Street in Detroit’s bustling black neighborhood of Brush Park. He named dropped the street in his first single issued by Modern Records in 1948, “Boogie Chillen”. It became a #1 hit on the R&B chart and served as the archetype of his sound.

And no one sounded like John Lee Hooker, though many have tried. He did not play by the rules. 12 bar blues did not exist in Hooker’s world. Often a measure would have 13, 14, or 15 bars. Maybe fewer. He made chord changes when he felt it, creating a challenging environment for other musicians to accompany him. It was all part of the charm of his music.