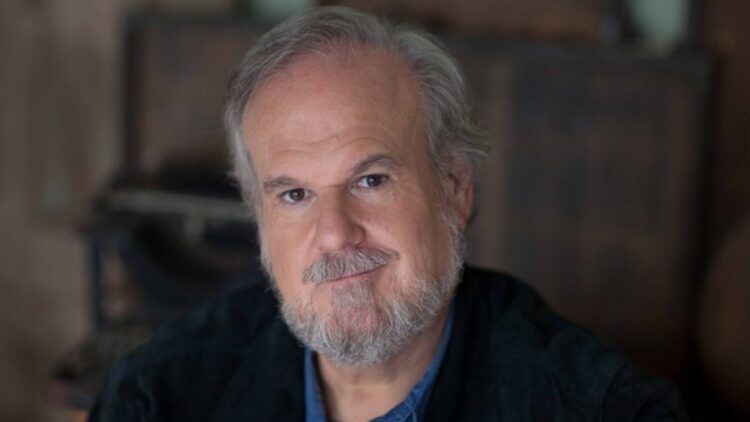 In Memory of Scott Alarik

When I first had contact with Scott Alarik, I don’t think I actually met him. That would change.

At the time I was “between jobs” trying my hand in the (sometimes toxic and competitive) world of a performing “singer/songwriter.” I had just come off a few years working in radio at a public broadcasting megalith in Boston. It was a positive experience, but the wind shifted, and I had no plan to go back into radio. Instead, I decided to go into “business” for myself as a solo performer. Part of that meant self-promotion, and I needed help.

I must have reached out to Scott via email. He was either still writing for The Boston Globe as its principal folk music journalist or had recently “moved on.” Whatever the case, he was a well-known and respected entity. A quote for the posters I would Scotch tape all over Cambridge and Somerville would be very much appreciated.

I had just recorded my first CD. It was one of 9,247 debut CDs from Boston area singer/songwriters “released” in the month of September 2009 alone. I sent Scott my music and asked him for a few words. In my experience, sometimes when you send music out unsolicited it gets sent back unsolicited.

Scott didn’t ignore me. Instead, he sent me a quote calling me a “beguiling bluesman.”

I had to look up “beguiling”….

Turns out it’s a good and apt word.

That, to me, is Scott Alarik. Before anything else he was kind and generous. He was personal. I think that’s what made him so endearing and trustworthy to the people who interacted with him, his readers, his listeners, and fellow musicians. He had an open mind. It was the secret sauce that made his Folk Tales on WUMB the best hour of radio I’ve ever heard.

The not-so-secret ingredient to Scott’s work was his passion for and disciplined mastery of the written and spoken word. He was brilliant. On Folk Tales, Scott could synthesize and sum up the importance of an artist like Malvina Reynolds or a cultural movement like the 1980s NYC “new folk” revival in 3 or 4 minutes. He delivered with the warmth of a friend. His interests were broad, and not stuck in one time or place. Scott’s listeners got an arc of a story. We learned something, even if we’re familiar with the subject. The best part was Scott’s joy in sharing. He always left us wanting more.

I’m going to miss seeing Scott around the “folk corral” at WUMB. He forgot more than I will ever know. Yet every now and then he’d come to me and say things like, “Hey, got any good stories on Sister Rosetta Tharpe?” Remember, Scott had been doing his thing when I was still learning the alphabet in grade school. What a gift. He shared in more ways than one.

Thanks, Scott, for showing us what it looks (and sounds) like to keep an open mind. We’ll do our best to “carry it on.”