Blitzen Trapper
Lady on the Water 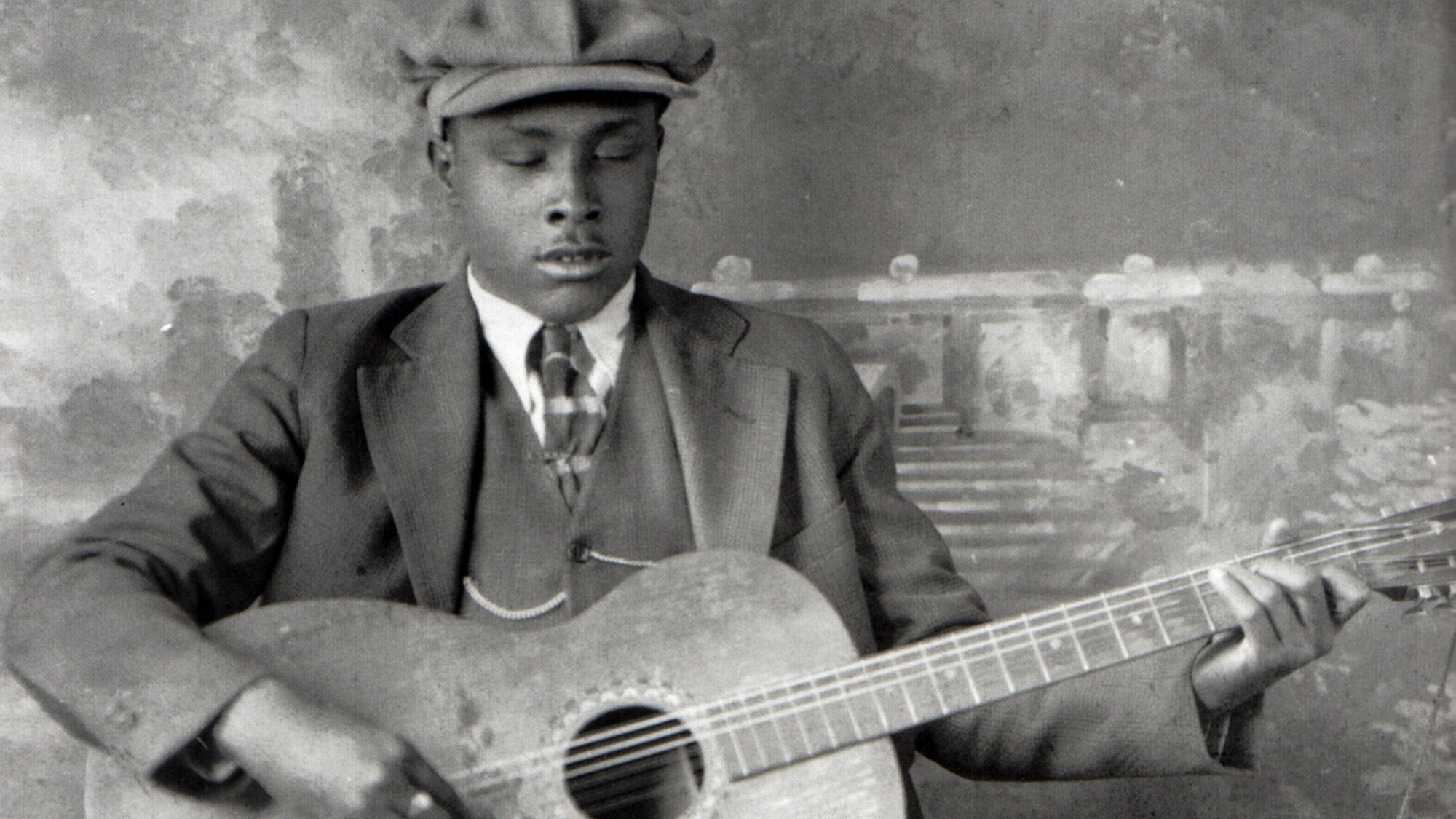 Blind Willie McTell was born in Thomson, Georgia – between Savannah and Augusta – on May 5th, 1898 (or 1901, depending on your source). He is best known for writing and recording “Statesboro Blues” in 1927, which reached a wide audience via the Allman Brothers’ treatment over 40 years later.

There is one known publicity photo of McTell (above), and while he recorded for various labels over the course of 25 years, most of his commercial sides were released during the Great Depression and did not sell well. The October 1927 sessions that produced “Statesboro Blues” were produced for Victor Records by the same man  – Ralph Peer – who recorded the Carter Family and Jimmie Rodgers at country music’s “Big Bang” in Bristol, TN just a couple months prior.

McTell had a unique sound that set him apart from other blues musicians of the time. His voice was thinner and sung in a higher register than, say, Delta blues artists such as Charley Patton and Son House. McTell also played a 12-string guitar and sometimes used a slide. Despite his lack of commercial success as a recording artist, he worked steadily as a musician throughout his life. Alan Lomax recorded McTell for the Library of Congress folk archives in 1940, and the fledgling Atlantic Records in New York issued some sides in the later part of that decade.

Blind Willie McTell’s influence can be heard in the sound of the Allman Brothers, and in the folk/blues revivalists of the 1960s, such as John Hammond, Jr. Bob Dylan penned an epic homage to McTell during his 1983 Infidels sessions. Although not issued on the album, the recording surfaced on the 1991 first volume of his Bootleg series.