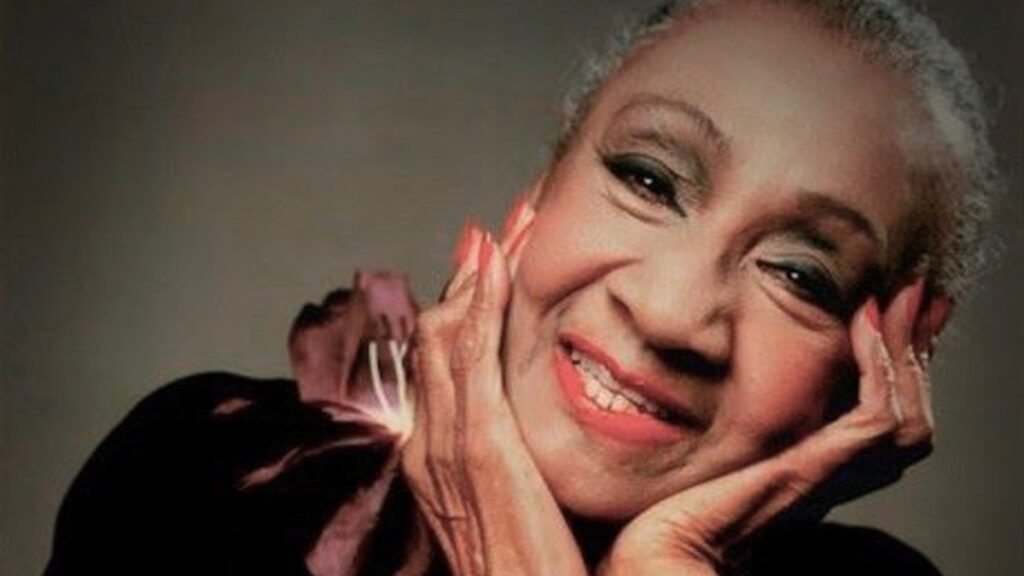 In her 89 years, Alberta Hunter (born April 1st, 1895 in Memphis, TN) lived more than most dare. One of the most important figures in American music during the twentieth century, she co-wrote the first hit that Bessie Smith recorded in 1923, “Downhearted Blues”. In that same year, her break as a performer came when she was asked to sing with King Oliver’s band (one of the biggest stars of the Jazz era, and mentor to Louis Armstrong). Hunter recorded herself for some of the major labels of the 1920s, including the first black-owned, Harlem-based Black Swan Records. She was a queer woman of color who wrote and recorded songs that celebrated her sexual identity, including “You Can’t Tell the Difference After Dark”.

In 1928 Hunter played opposite Paul Robeson in the first London production of the musical Show Boat. During the Second World War and the Korean War she led the first African American USO tours for troops stationed in Europe and Asia, respectively. By the end of the 1950s, Hunter had retired from performing in order to tend to her ailing mother in the US. She decided, however, that she needed work outside of performance and show business, so she did what anyone would do: invented a high school diploma, fudged her age by 12 years, and enrolled in nursing school. Hunter worked as a nurse in a hospital for two decades before mandatory retirement at 70 kicked in. (She was, in reality, 82 years old at the time.)

In the late 1970s Hunter returned to performing , linking up with two prominent figures from the earlier twentieth century in New York City: Barney Josephson, former owner of Cafe Society (where Billie Holiday first performed “Strange Fruit” in 1938), and John Hammond, former executive at Columbia Records (who “discovered” Billie Holiday). Josephson offered Hunter a regular gig at a new club in Greenwich Village, and Hammond produced a couple Columbia albums for her. Alberta Hunter was back. She enjoyed a career back in studio and on stage until her passing at age 89 in October 1984, and was posthumously inducted into the Blues Music and Memphis Music Halls of Fame.