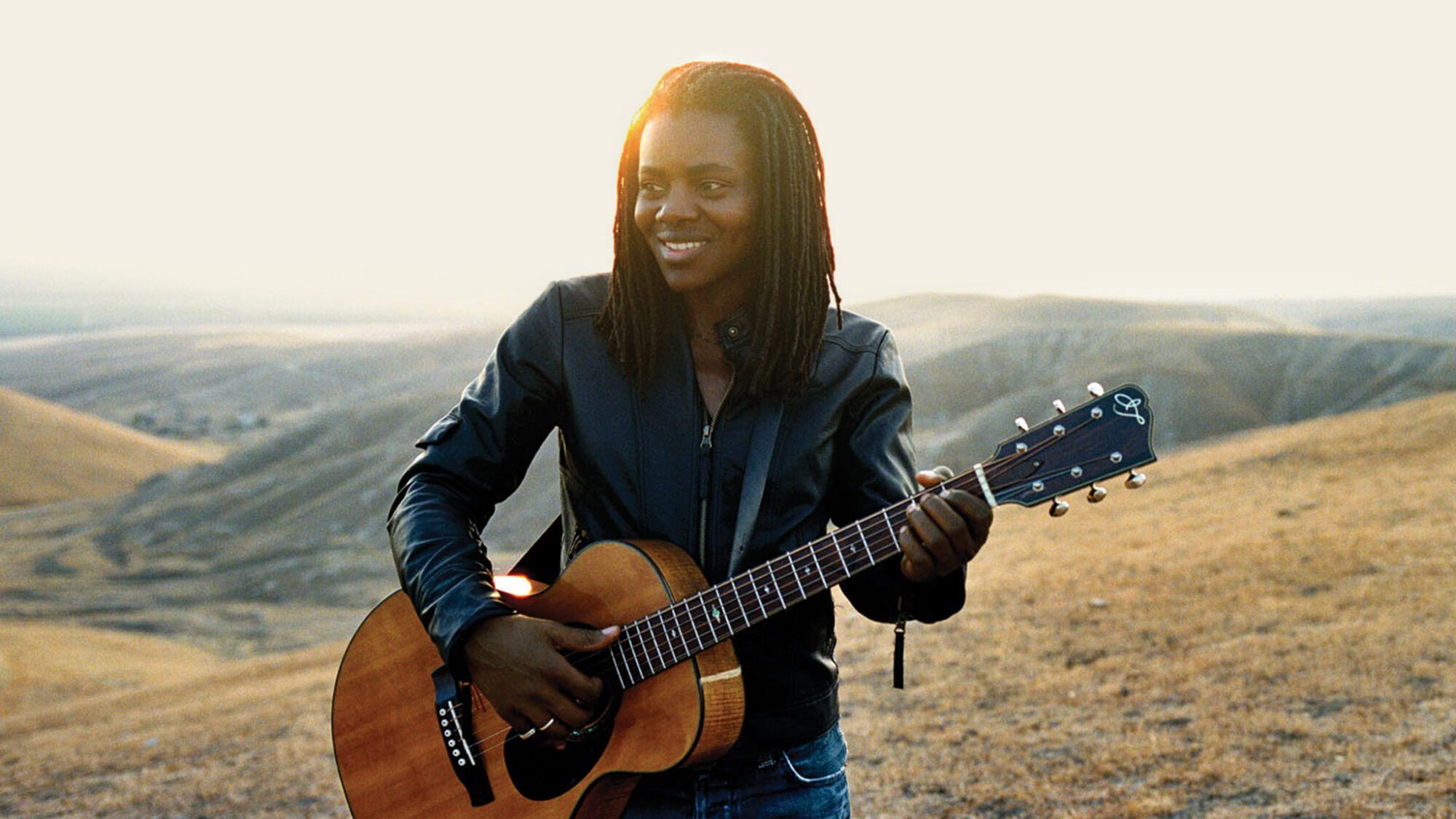 Tracy Chapman was a student in the Boston area when she signed to her first record contract by the father of one of her fellow students. Within a couple years her debut self-titled album earned her three Grammy Awards, including Best New Artist, and was certified 6x Platinum by the RIAA. In the same year of 1988, Chapman performed in front of a televised audience of 600 million at Nelson Mandela’s 70th birthday tribute concert held at Wembley Stadium. (Not bad for an artist whose first radio interview/performance was on WUMB in 1985.)

Tracy Chapman was born March 30, 1964 in Cleveland, OH. She is best known for her hit singles “Fast Car”, “Talkin’ ’bout a Revolution”, “Baby Can I Hold You”, “Crossroads”, and “Give Me One Reason”, which helped keep a focus on singer-songwriters in the recording industry during the era of Milli Vanilli and hair metal.