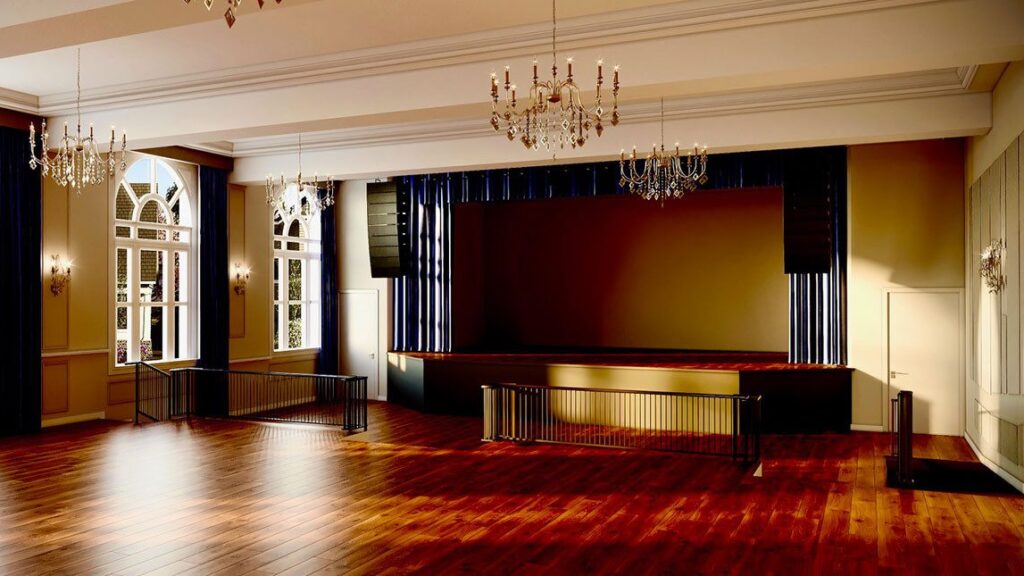 We are so fortunate to have such a great music scene in Greater Boston and New England. So many terrific bands and amazing musicians. Of course, you have to have venues to have a scene…you have to have venues for these musicians to play in and be seen. Since 2015 the area has been hemorrhaging key venues. TT The Bears, Ryles, Johnny D’s plus others. And this is pre-pandemic here. We’re not even talking the venues that have not survived or may not survive the pandemic era.

But it is nice to see some new venues popping up. I have not been to Big Night in North Station (although you were next to the performance space if you donated blood there recently; the venue has been a staging area for blood drives in 2020 and 2021). Now comes the Crystal Ballroom at the Somerville Theatre. You actually enter from the adjacent entrance to the left of the main theatre entrance. It is above the Somerville Theatre. Have you been there yet? This space is GORGEOUS. Wood floors. Two bars at the back. The main space looks like a big ballroom of old, to go with a lowered orchestra pit just in front of the stage. At this point the place is just shiny. Thank goodness they are not relying on me to keep the floors, etc, cleaned. So these are very nice accoutrements for the attendees. For performers – and their road crews – the Crystal Ballroom also has their own lighting and sound in-house. Another nice thing about the venue? They aim to book a variety of types of events. So the potential is great for the Crystal Ballroom to be a part of the community beyond live music. It will be exciting to see how things play out…

Is David Champagne working on a new recording? I hope so. He did a house concert in Belmont in Mid-October with Marc Pinansky on the drums. For what it’s worth, I really enjoyed the songs they did – all new, I believe, except for one request from the Treat Her Right Days (“Jet Black”). I especially liked the song about hearing the Velvet Underground and thinking, “I could do that!” Famous last words, right? If you’ve ever found yourselves letting the cat in earlier everyday of the week from Monday at 6am to Friday at 4:30am, Dave has a song for you and all others who feel like they are slaves to their pets. From those two alone…as I said, I hope he is working on a new recording (with those two songs on it).

Hard to say that we have not had a release from Greg Klyma for a while – after he recorded three albums in 2019 (all released online). But he is working on something new for 2022. He had some recording sessions in September. Among those joining Greg on the project are Duke Levine, Jim Whitford (Greg’s fellow Buffalo, NY native), and David Andrew Moore.

From the wilds of Roslindale, a new Bird-Mancini album has arrived. Released on Oct 29th, The One Delight continues their flare for spraying songs that mix elements of folk, pop, and the occasional international groove with a nearly psychedelic flavor. Many of the songs also deal with something we’re very familiar with in New England: enjoying the summer, blending into the Fall, dreaming of the summer, and exulting over the return of summer. Maybe a future album will also have something about enjoying fluffy snow (without noting shoveling, salting, and stepping carefully on near-frozen surfaces).

The project was another case of Necessity Is The Mother of Invention. Created during Pandemic Time – meaning no assembling with people in closed spaces, which means no other musicians in the studio with them – Ruby Bird and Billy Carl Mancini recorded at their home studio and played all the instruments but for the final two recordings. Why the last two? That was after people were able to get vaccinated against COVID (or as Billy says, “after the world started opening up again”). At that point, they brought their drummer Joe Jaworski in to play percussion on those two tracks. Other than that, this is the first time Billy and Ruby played and sang everything on an album. This, by the way, is their 7th.

If you’ve ever had a hard time patting your head and rubbing your belly at the same time (hands… anyone else…just me?), it’s hard not to ask Chris Hersch and Celia Woodsmith how they keep their bands straight. This past spring, Chris & Celia’s band Say Darling put out their second release Before And After, doing a CD release show in June. In August, the current lineup of Celia’s band Della Mae put out an album. They’ll be doing a very limited tour this month…just before Say Darling will be playing gigs in Maine, Rhode Island, Norwell, and Somerville. Oh, and Chris Hersch & The Moonraiders return to the stage in Somerville on November 5th. But wait, there’s more – Chris is also doing a couple of gigs with Gracie Curran & The High Falutin’ Band late in the month…before a couple more Say Darling shows. Phew!