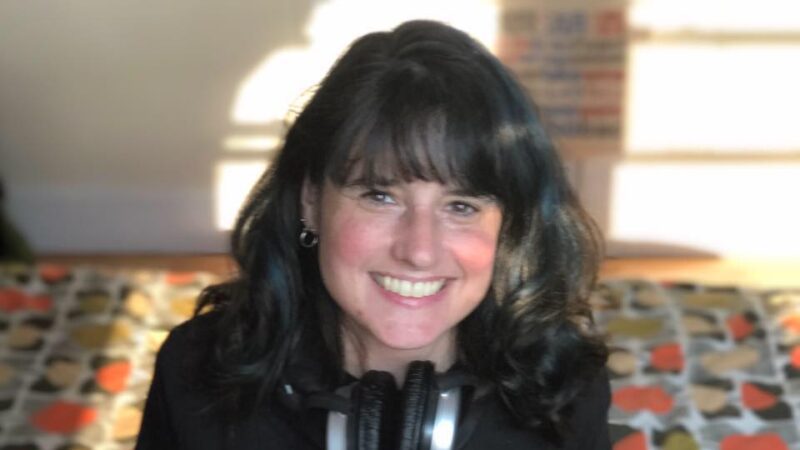 Michelle Briand is the host of Nights on WUMB.

How did you get started in radio?
It started with an internship in the last century (1990s). My first paid gig was producing a gay talk show. We had RuPaul on circa the “Supermodel” video as well as filmmaker Todd Haynes and so many other guests. I couldn’t quite believe I got paid to play with major electronics and talk to some of the coolest people you could ever hope to meet. Then, I became an overnight DJ when someone called in sick. Since then, I’ve done almost every other radio station job except full time engineer…but there’s still time!

What’s it like being at WUMB compared to other radio jobs you’ve had?
It’s the best – and I’m not just saying that. I’ve worked for a handful of other public stations across the country and there is nothing like WUMB. The music is hands down my favorite part. We play artists that get written & talked about but rarely get commercial radio attention. Learning about the history of where some of the artists are from and what inspired them to create music has been an amazing education.

When you work in commercial radio, you can get caught up in disposable auto tuned pop at times – and that has its place for sure. But, it’s an incredible thrill to hear an artist talk about how, at one point, they heard Pete Seeger once (for example) and it caught their ear. It inspired them to dig deeper into Pete’s work and learn more about him. That, in turn, made them dig into Pete’s inspirations. Then, the artist interprets all of it in their own way against the current cultural landscape and we get something completely new but with really deep roots. Every night I’m on the air is a little lesson in culture and art and I LOVE IT!

The other thing I love about WUMB is how it is truly is a lifestyle station. Between the music camps and the events, I feel like I’ve locked myself in with a group of friends who love music as much as I do. It feels good to find my “home”.

Who are some of your favorite Artists you’ve heard only on WUMB?

Father John Misty – That dude is pure charisma. There’s something about him that just draws you and you stay because he’s super talented.

Esme Patterson – For me, her writing is a very accurate picture of what it’s like to be a modern day woman. I feel seen when I listen to her.

Orville Peck – LOVE that he’s waving the flag for gay country. His mask brings a bit of showmanship and who doesn’t love seeing a concert that’s also a show?

David Ramirez – I’ve had insomnia my whole life. I was that little kid reading with flashlight under the blankets while everyone else was snoring away. David’s music has just the perfect late night mellow vibe to keep me company since I generally don’t sleep very much.

What do you enjoy doing when you’re not working?
Aside from my college degrees, I have 2 technical diplomas – one in wine and one in sake. One of my favorite things to do is to try new beverages and then, try to cook a companion recipe. So, a lot of my free time is spent sniffing out elusive ingredients and cookbooks from far flung regions.

The only food adventure that threw me for a loop was percebes. As soon as I opened the box, I quickly questioned every decision I had ever made in my life that led me to opening a box of dinosaur claws on dry ice (photos are on my social feeds). In the end, they tasted like the best scallops I’ve ever had…and the vinho verde was a decent match!

Aside from eating, I love reading and watching foreign movies. It makes me feel like I’m on vacation.

Hear Michelle Briand each weeknight on WUMB from 6 to 10 PM.