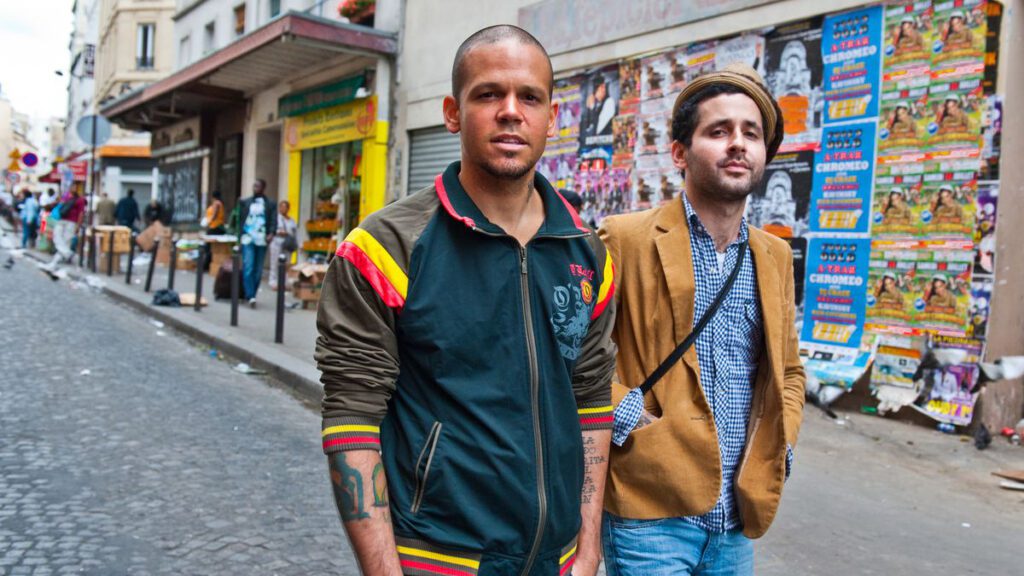 Calle 13 (named after an address in San Juan, Puerto Rico that singer and lyricist Rene Perez Joglar, known as Residente, along with his step brother and instrumentalist Visitante, used to visit when they were children, and which was gated, so that they had to answer the question “Residente o Visitante?” whenever they went there in order to get in), is arguably one of the most popular bands ever to come from Puerto Rico. Alternately raw and lyrical, they have won an astonishing 21 Latin Grammys over their career, and they continue to produce fresh and stylistically diverse music. Here is a lovely and powerful video from the brothers, who occasionally reunite to work on new material after taking a hiatus in the late 2010’s, and which includes three legendary singers from South America- Maria Rita (Brazil), Toto la Momposina (Colombia), and Susana Baca (Peru).

Expanded highlights from Odyssey in April:
Apr. 3– Fado is sometimes regarded as a bit of a mysterious musical genre, eliciting both wild enthusiasm and puzzlement from those not yet acquainted with its potent roots. We will visit with a few of the great Fado singers (and instrumentalists) from Lisbon this week and explore some other styles from Portugal while we’re there.

Apr. 10– The music of the remarkable island chain of Cape Verde has surprising connections with both Portugal and West Africa, making it completely unique and sensual. Based on a fishing economy, much of the culture of the islands revolves around the sea, and it’s possible to hear the waves in the rhythms of some of the traditional folk songs sung there. We’ll take a look at some new releases from other parts of the world to finish the show this week.

Apr. 17– We will follow the language from Cape Verde to Brazil this week, and start a voyage in central South America that will include both the samba scene in Rio all the way to the roots of capoeira in Bahia, and include some surprises along the way from the vast interior of the country.

Apr. 24– We will be speaking Spanish again as we go south this week into Argentina, and see what the tango has become lately (and of course include some startling recordings from ‘way back in the 20’ and 30’s). Starting as a ghetto music from Buenos Aires that expressed the raw sensuality and physical power of the dance, it has become many things since, and we will delve into the amazing writing of Astor Piazzolla, who transformed simple rhythms and melodies into heady and passionate complexities on his bandoneon, the fiendishly difficult Argentinian accordion.