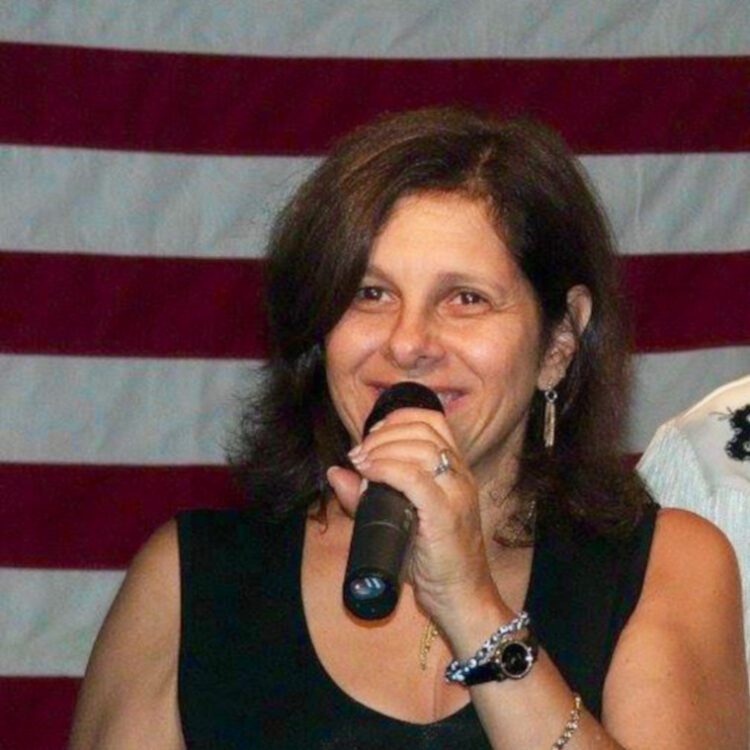 Holly Harris hails from a musical family. Her father and grandfather were both professional trumpet players and her Uncle Benny played with the Glenn Miller Orchestra. She began introducing artists on stage at a young age for her entrepreneural mother. From there she went on to become the voice of her high school in upstate NY. At age 17 she left for Paris, and spent her Freshmen year abroad. Holly returned to graduate with a BA from Ithaca College, before moving to Boston to attend Berklee College of Music and Suffolk University for her Masters Degree. She has worked as a School Social Worker for many years.

Her radio career began at Tufts University where she hosted “The Morning After Blues”, for ten years. During that time she began deejaying and emceeing at various clubs and festivals around Boston. Her first commercial radio show was the “10 O’Clock Rockin’ Blues”, on WCGY. During that time and for the next twenty years she often filled in for her dear friend, the late, Mai Cramer on WGBH. When WBOS called she was ready, and spent nearly 15 years on WBOS hosting and producing “Blues On Sunday”. The show earned her numerous awards including the national W.C. Handy “Keeping the Blues Alive” award, for Commercial Radio in 1995, Boston Blues Society and New England Blues Society’s “Friend of the Blues” awards, as well as a Proclamation from the MA House and Senate as a “Friend of the Arts” to name a few. She has introduced headliners and emerging artists alike, including, B.B. King, Etta James, Aretha Franklin, Hubert Sumlin, Luther Guitar Jr.Johnson, James Montgomery, and many others.

She is the President of the Board of the Greater Salem Boys and Girls Club and in her spare time she loves to dance and drum. Currently, she emcees concerts, festivals and charity events, is a voice-over actor, and now has a new radio show, “Spinning the Blues”, Saturday nights from 8-midnight on WUMB, 91.9 FM. So please tune in!