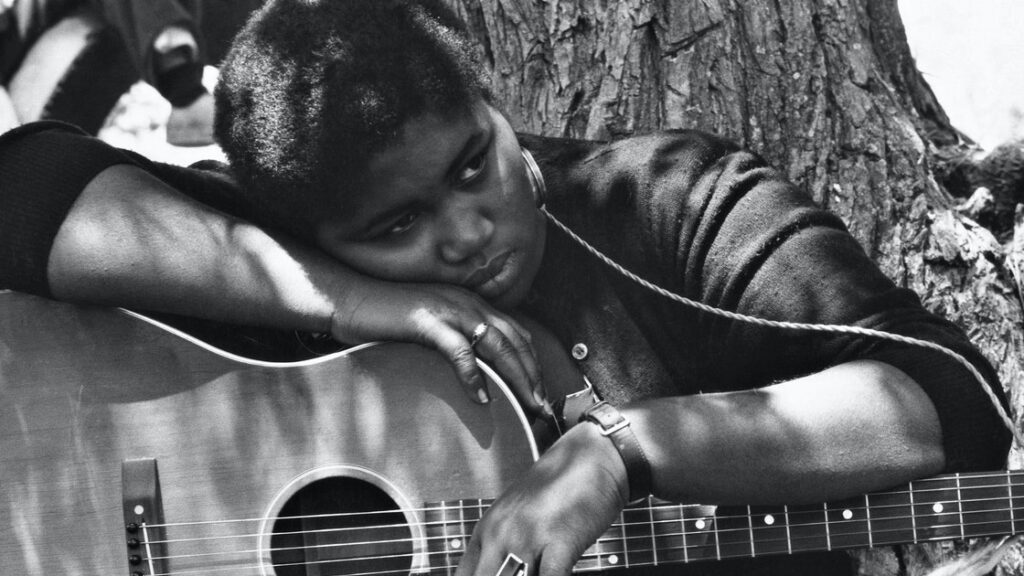 Without the contributions of Odetta, the 1950s and 60s American folk revival would have looked and sounded lot different. The success of her first albums in the late 1950s carved the way for the future stars of folk music, including Joan Baez and Bob Dylan. Her musical style ranged from field-hollers, to opera, to jazz.

Martin Luther King, Jr. referred to Odetta as “the Queen of folk music”. President Bill Clinton presented her with the National Endowment for the Arts’ National Medal for Arts, and the United States Library of Congress honored her with its Living Legend Award. In 2009, Odetta was invited by Barack Obama to perform at his historic inauguration.

Let’s celebrate one of the most-important figures in American folk music – on the anniversary of what would have been her 91st birthday – Friday, December 31st. Tune in throughout the day.