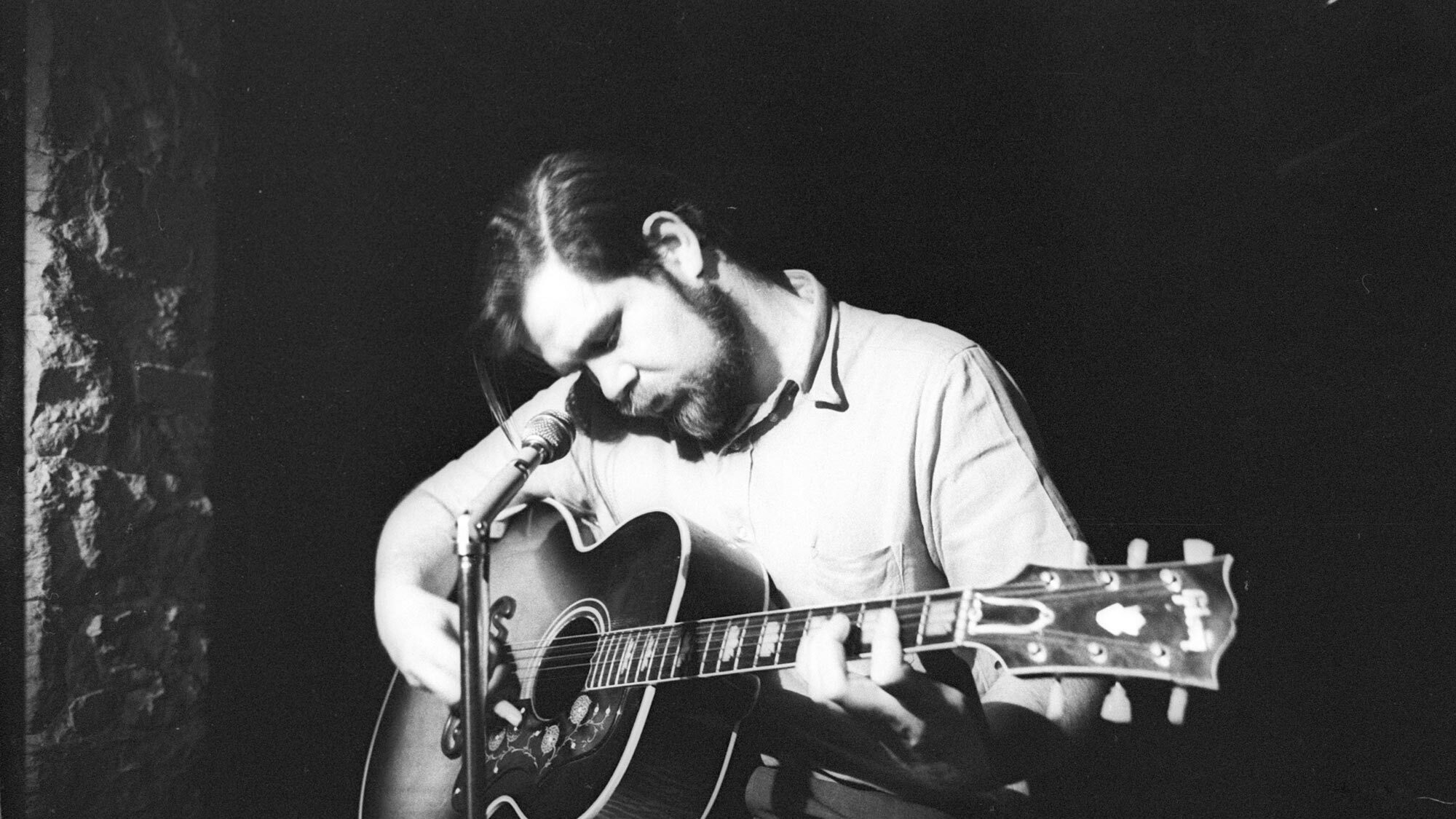 Dave Van Ronk is Thursday’s Artist of the Day

Nothing exists in a vacuum and community is everything.

In the mid to late 1950s, the artist community of Greenwich Village in Manhattan began to coalesce around yet another 20th century revival of American folk music. The various subterranean coffeehouses and nightclubs along Bleecker and MacDougal Streets, as well as the open-air spaces of Washington Square Park, offered a fertile bed for the creativity and experimentation blowing in the air. Figures like Dave Van Ronk served a solid root system for what was taking hold. As young folk musicians like Tom Paxton, Phil Ochs, and Bob Dylan began to come in on the wind to the Village, figures like Van Ronk provided stages to perform on, couches to sleep on, and connections to make among each other.

Whatsmore, Van Ronk was a dynamic force as a guitar player and vocalist. His playing was at once personal and rooted in tradition. He had all of the idiosyncrasies of the great jazz and blues men and women he emulated, resulting in a sound all his own. He was smart as a whip and equally irreverent. He was… the “Mayor of MacDougal Street”.

Dave Van Ronk, was born on June 30, 1936 in Brooklyn. WUMB will celebrate him throughout the day on Thursday.

Hear the Artist of the Day features in the 9 AM, noon, 3 PM, and 7 PM hours each weekday.